The Union of Romanian Architects – a Unique Design Concept

The building of the Union of Romanian Architects became one of Bucharest’s top tourist attractions because of its architectural value. If the bottom floors look like a historic building, towards the top, it turns into a modern style skyscraper. Located at the corner of Boteanu and Demetru Dobrescu streets, right in the heart of the Romanian capital city, this architectural marvel combines vintage and modern architecture through a mixture of brick and glass.

Nowadays the Union of Romanian Architects’ headquarter, this controversial building has a long history. Built by Grigore Paucescu at the end of the 19th century, it was home to the Austrian embassy before WWI. In December 1989, the building was almost entirely burned down and destroyed as it was suspected to shelter terrorists. After December 1989, the house was split into two: half of it became the headquarters for the Romanian Academy, while the second half belonged to the Union of Romanian Architects. Built in the French Renaissance architectural style, the landmark retains from the former imposing building two facades that succeed to appeal to passers-by on the look of architectural gems. 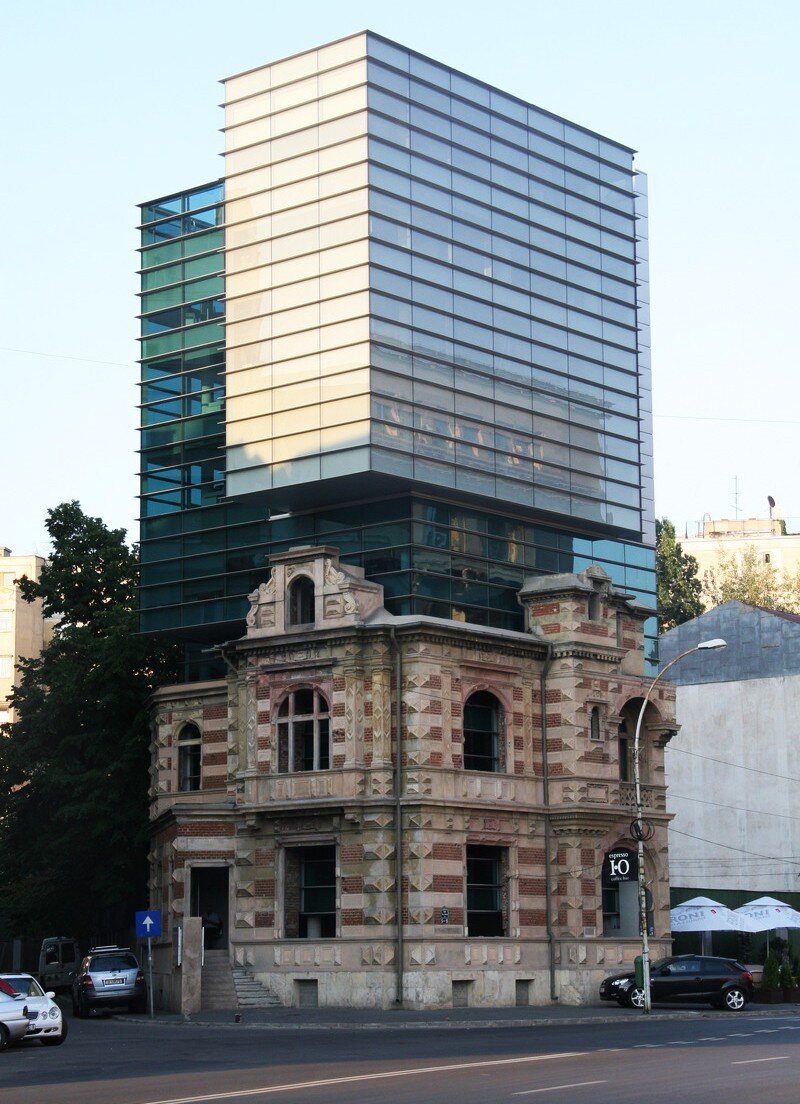 In 2003, the construction of the new building began and was completed up to the 7th floor, but in a modern style, in accordance with the architectural rules of the neighborhood. The building was then measuring 28 meters and had 2 meters high windows. Being considered a historic landmarks, the lower part of the building could not be demolished. Consequently, it has been consolidated, and behind the brick walls a steel and glass tower was erected. This project signed by the architects Dan Marin and Zeno Bogdanescu has created some controversy as some argued the new construction appeared as a result of neglecting a historical monument. 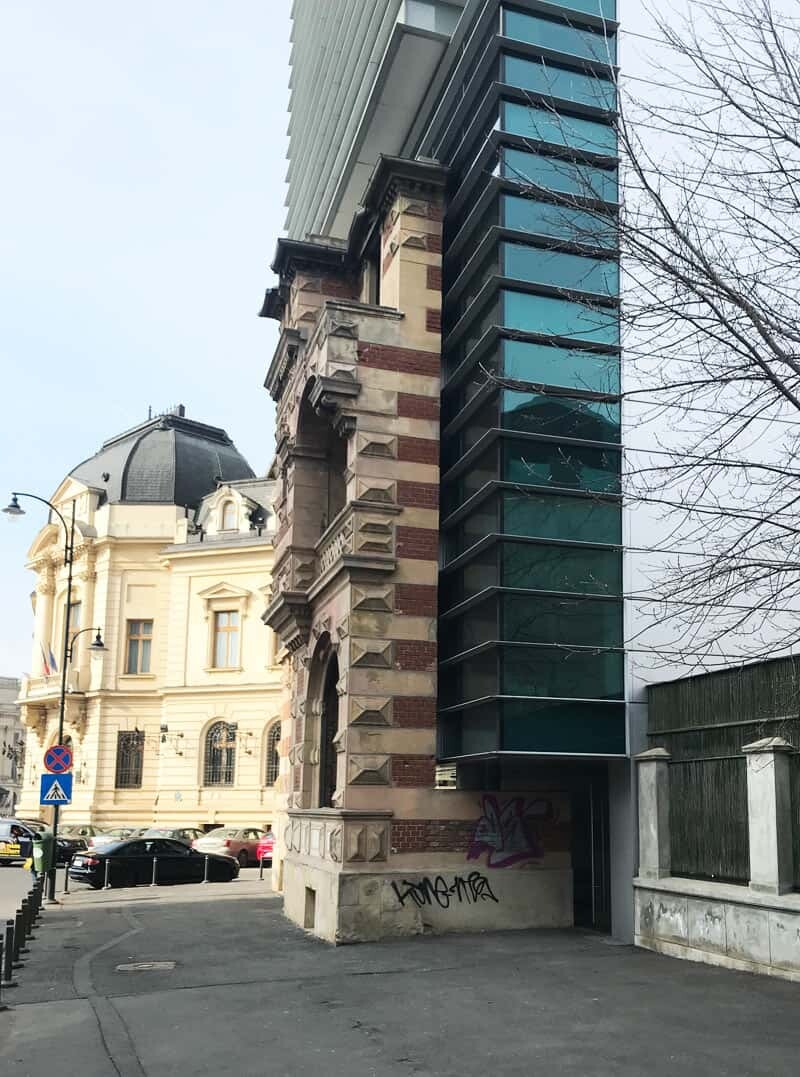 Located in Revolution Square, the Union of Romanian Architects’ headquarter is one of the strangest buildings in the country. Those who have examined the expressions on passersby’ faces noticed that the building appeals to young people more than to the elderly. Nevertheless, foreigners visiting the Romanian capital city do not fail to take a snapshot, calling it “Jar”, “Glass Bud” or “Cyborg Building”. Beyond what some might think, this way Bucharest gained a different architectural attraction than the usual grey buildings one can find throughout the city.

Share on FacebookShare on TwitterShare on Linkedin
Tags
buildings