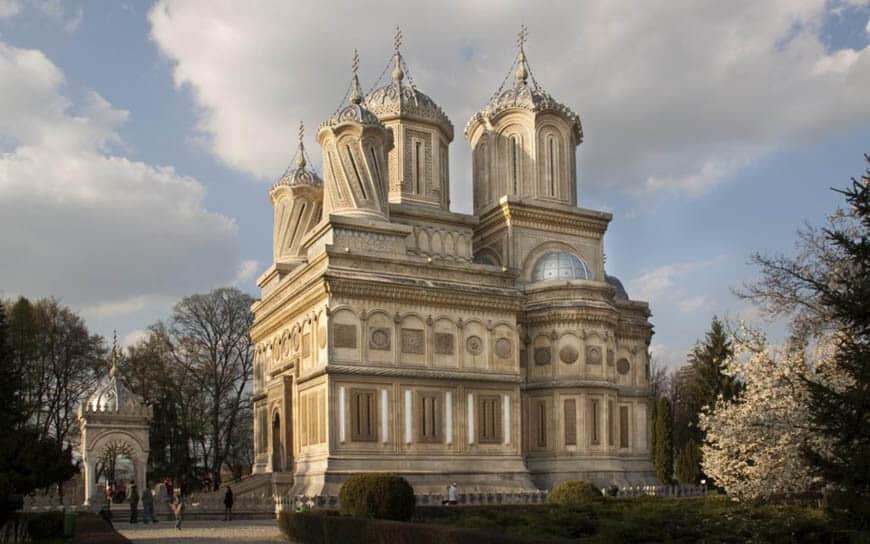 For a long part of its history, Romania fought for existence sandwiched between rival empires. The three main provinces that make up modern Romania, namely Moldavia, Wallachia and Transylvania, were for centuries under the influence of the Ottoman or the Austro-Hungarian empires, which left a mark on the country’s architecture. There is no one style that can be defined as purely Romanian architecture. Wherever you go in the country you will see influences of Byzantine architecture, Gothic palaces or more modern buildings featuring elements pertaining to Neoclassicism or Romanticism.

There are few remaining examples of the pre-modern period, but those are priceless. For those, you should travel to the Western and Northern parts of the country and there’s no better place to start than Maramureş, a region that has managed to preserve amazing examples of vernacular architecture.

The Wooden Churches in Maramureş 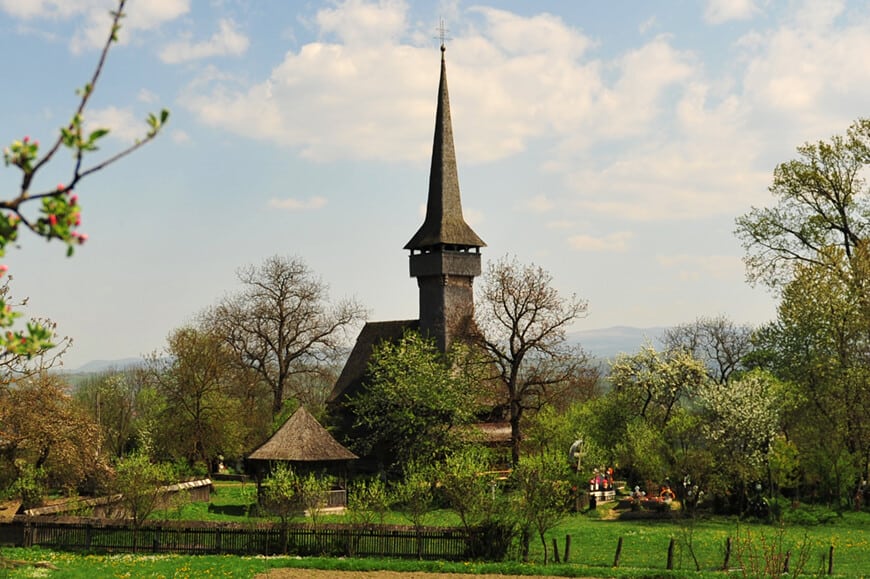 Romanians treasure the wooden churches in the northern Maramureş district as a part of their cultural identity. The churches here have an impressive history, that has to do more with politics rather than an artistic style. Back in the Middle Ages, the region was under Western dominance and the Romanian population was not allowed to build Orthodox churches made of stone. That was reserved for Roman-Catholic places of worship, so the Orthodox local population built theirs with wooden logs. Most of them are small and rather dark on the inside, but they share one feature, the slim and tall tower bell which seems to dominate the whole edifice. Romanians view them as a symbol of endurance of their faith and their nation. Eight of these churches are listed among UNESCO’s World Heritage Sites and you can find them tucked away in small villages like : Bârsana, Budești, Desești, Ieud, Plopiș, Poienile Izei, Rogoz and Șurdești. The church in Șurdești is an architectonic marvel with its 54m high bell tower, the tallest of its kind still standing in Europe. 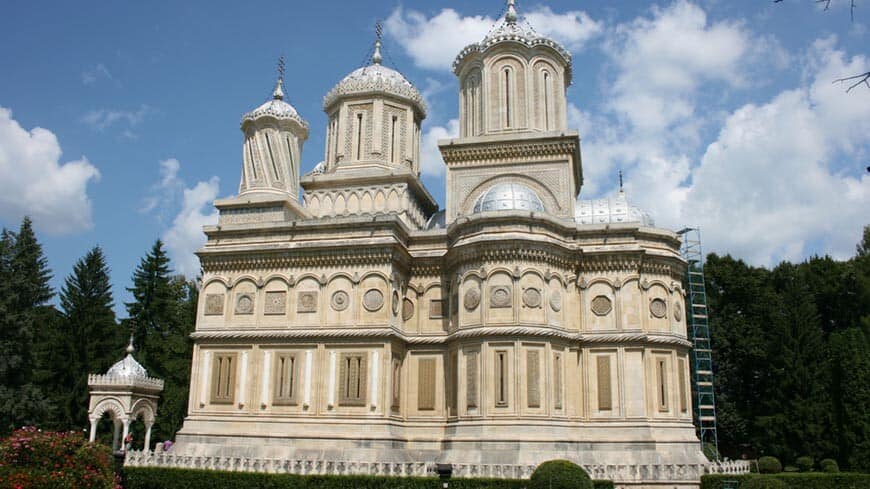 Travel to Wallachia, the southern part of modern Romania, and the local architecture mirrors the region’s completely different history. Most of Wallachia offers examples of Byzantine architecture, none more impressive than the Cathedral of Curtea de Argeș, once the capital of the province. The edifice is sacred to the Romanian people as it is the place the country’s kings and queens are buried. The Cathedral was built in the early 16th century and the Byzantine influences are most visible in the churches impressive frescoes. Another distinctive feature is the dome with its two smaller twisting cupolas.

Another famous example of Byzantine architecture is the nearby Cozia Monastery, built in the late 14th century. Some of the frescoes you can see inside date back to 1390. 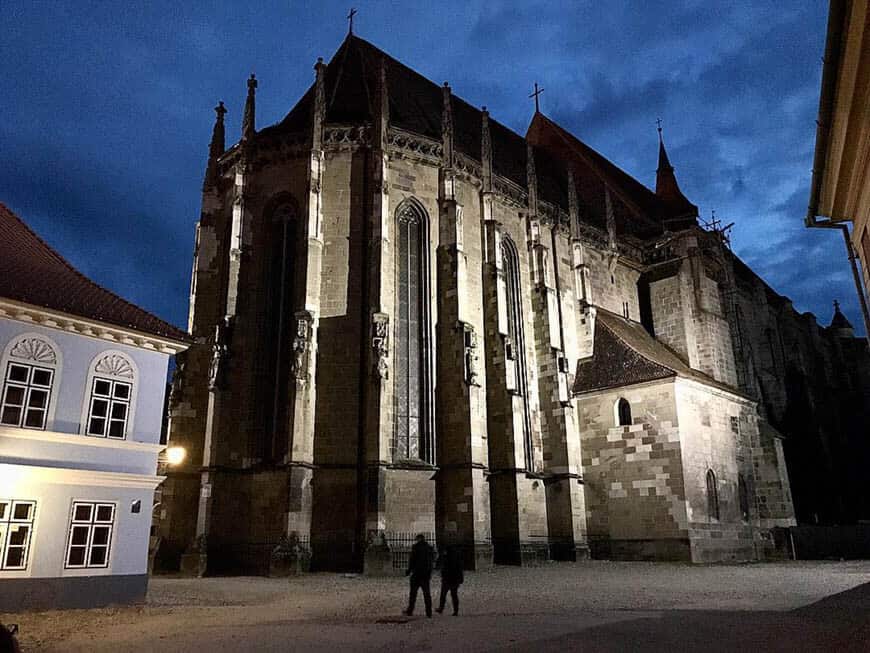 Transylvania is dotted with Gothic edifices, like the Black Church in the city of Brașov or the nearby Bran Castle, which dates back to the 14th century. Built on a mountain pass as a defense against the Ottoman Empire, the Bran Castle is known to foreigners as Dracula’s castle, although it has basically nothing to do with the famous vampire.

The Corvin castle in Hunedoara, also known as the Hunyadi Castle is another example of Gothic architecture with various Renaissance influences.

The Medieval Monasteries of Moldavia 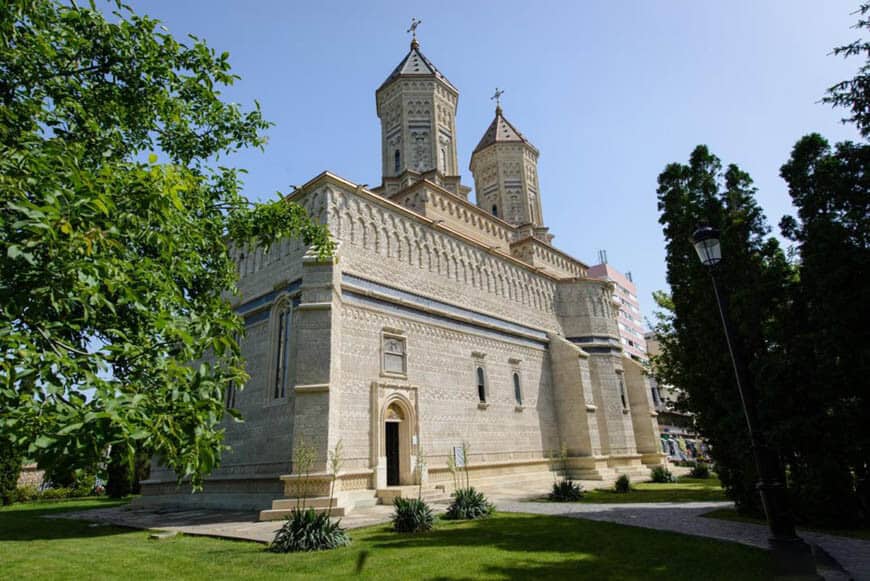 The oldest edifices in the eastern region of Moldavia feature elements borrowed from various architectonic styles. The famous churches and monasteries in this part of the country combine Gothic and Renaissance elements, with the odd Oriental influence.

The Three Hierarchs Church (Biserica Trei Ierarhi) in the city of Iași, built in the 17th century, is a must see if only for the multitude of decorative elements, including the intricate stone carvings.

Equally important is the famous Voroneț Monastery, that some call the Sistine Chapel of the East. While its frescoes were not painted by some Renaissance master, they will surprise you with their unique shade of blue, known in Romania as Voroneț Blue. 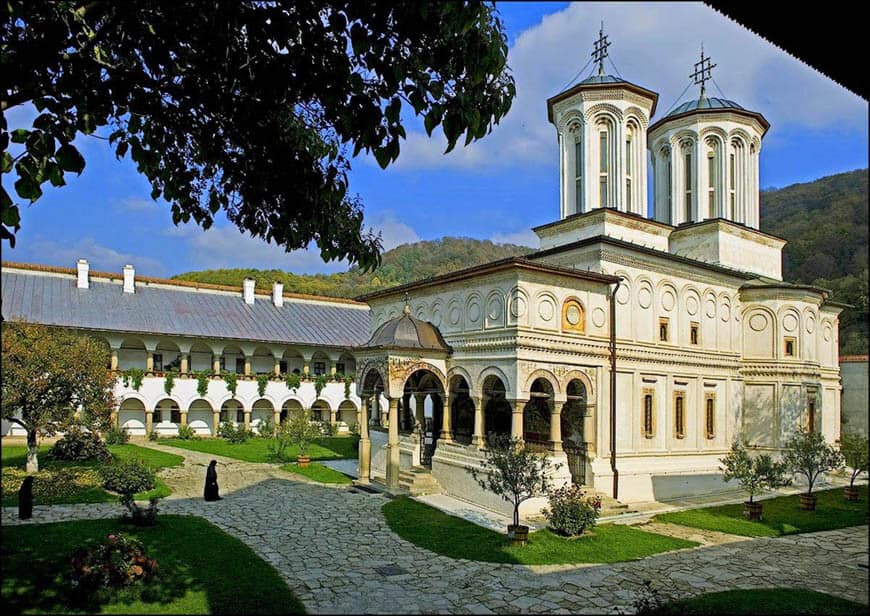 The Brâncovenesc style is a unique Romanian architectural style, that puts together Byzantine and Ottoman influences, together with Renaissance and Baroque elements. The Monastery of Horezu is a typical example of this style, also called the Wallachian Renaissance.

Or you can visit the Kretzulescu Church in Bucharest, tucked away behind the Royal Palace in the city center. 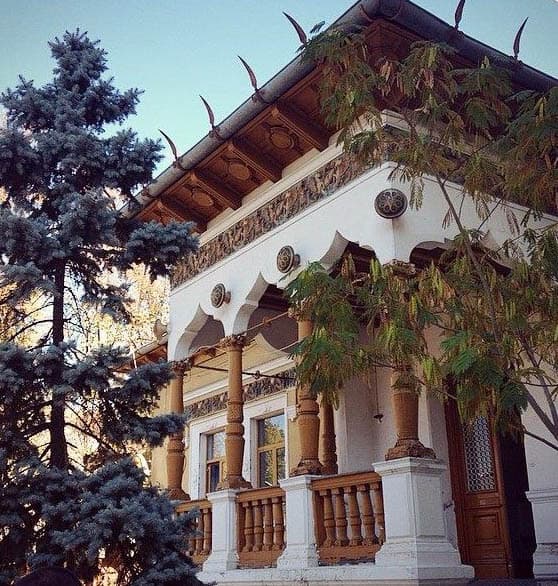 The 19th century was characterized by a great modernization drive in Romania and it shows in the architecture of the period, which bears obvious Western influences while preserving elements of the vernacular. Some call it the Neo-Brâncovenesc style, while others refer to it as Neo-Romanian.

The most important edifices of this style can be found in Bucharest, where you can see the Lahovary House, in Piata Romana area or the Central Girls’ School, still functional today.

It was during that time that many administrative and cultural buildings were erected in Bucharest. Among them the Romanian Athenaeum or the Cotroceni Palace, today the official residence of the president of Romania. 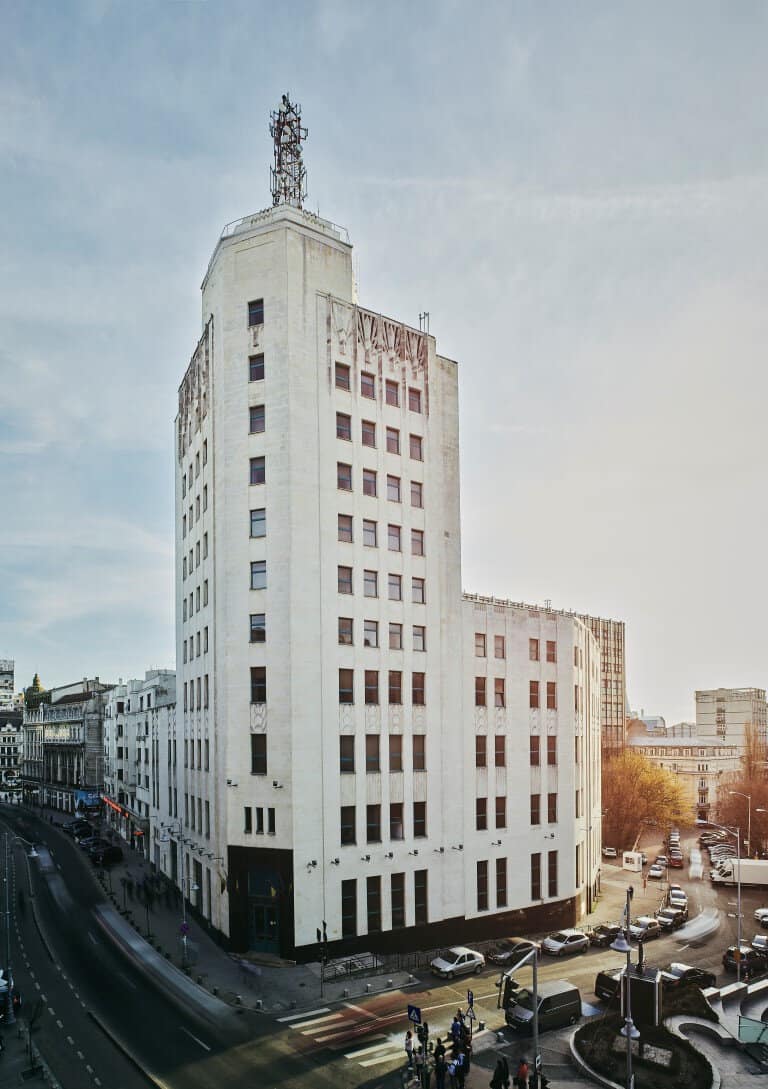 Much like the country’s history, the typical Romanian architecture of the 20th century can be divided in two halves, the Art Nouveau style of the early part and the communist period, after World War 2.

The early part was one of intense modernization, with many sumptuous residences being built in Bucharest and other major cities. Many of them have an unmistakable French influence as they were built at a time when Bucharest was styling itself as Little Paris. The interwar period brought the Art Deco style in Romanian architecture and you can still see a notable building of this period, the Telephone Palace in downtown Bucharest.

The Communist period put an end to Western influences. There was a lot of building going on, but mostly functional buildings or the so-called dormitory neighborhoods, which have little to no architectural value.

There is, of course, the Palace of the Parliament in Bucharest, formerly known as the Palace of the People, built during the last years of the communist regime. The building attracts many tourists every year as it is one of the largest in the world. In terms of architectural style it has certain Neo-Classical elements, but not much else.