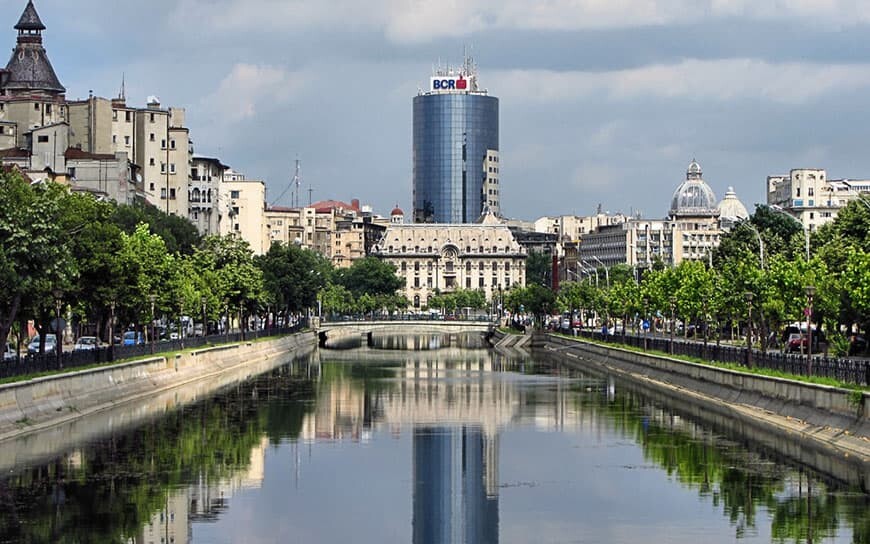 When a foreigner considers the idea of relocating to Bucharest, the main problem is they don’t know much about this Eastern European city.  Although it’s a major European capital, with a population between 2 and 3 million people, Bucharest is nowhere near as famous as Paris, London or Milan. When you’re going to move to Paris, you have some idea of what to expect, but Bucharest, out there in the Eastern, former communist part of the continent, that must be dangerous? The answer is No, Bucharest is a much safer city than many other European capitals, including Berlin, Madrid, Lisbon or Paris.

Bucharest is a low risk city

As compared to other European or even American major cities, Bucharest is a low risk city. There have been no terrorist threats in Bucharest in the past 20 years, violent crime is low, especially as local residents do not have firearms like they do in some other countries. Also, there are no racial tensions in Bucharest which might escalate in violent demonstrations.

The only real risks for foreigners, such as muggings or scams, are actually lower than in other European cities since most Romanian thieves or beggars have long moved to Western European. You’re much more likely to be robbed by a Romanian thief in London than in Bucharest!

Like anywhere else in the world, a foreigner might be considered easy prey in Bucharest by certain scammers. What you should pay attention to in particular are dishonest taxi drivers, who would charge you astronomical fares given half a chance. As a rule, stay away from taxis parked at the curb until you learn to distinguish reliable companies and learn the fares. Use mobile apps for local taxis or Uber and you won’t have any problem.

Public transport is generally safe to use and inexpensive. It might be slow sometimes or crowded at rush hour, so keep an eye out for pickpockets.

You also need to pay attention in bars and restaurants, just in case they try to overcharge you. That’s a rare thing, but make sure to read the bill carefully before reaching for your wallet.

At the same time, beware of street vendors. There aren’t many of them in Bucharest, but still they might spot the opportunity to scam a ‘clueless’ foreigner.

Speaking of which, make sure you don’t flash a wallet full of foreign currency anywhere in public. You’ll need local money anyway and you’ll probably pay for most of your purchases with a card.

While you can pay by card in most stores in Bucharest, you’re probably going to need some cash as well. Try to use only ATMs that are located within a bank and on a well-lit street. There have been cases of ATM’s rigged to steal your credit card information, but those are rare and do not happen inside a bank office. Also, you might want to do a quick scan of your surroundings to make sure no one is watching you while you take out some money.

Is Bucharest safe at night?

As mentioned before violent crime and muggings are extremely rare in Bucharest.

The city center is very safe and if you go out for a beer in the Old Town, Bucharest’s nightlife hub, the area is usually full of people, decent people that is, so you’re as safe as you can be!

Are there no-go areas in Bucharest?

Unfortunately, yes, there are certain areas where you shouldn’t set foot, certainly not alone.

It’s highly unlikely that, as a foreign citizen, you’ll ever have business in such areas so no need to worry about that.

Common sense should be observed at all times and if you ever meet some random stranger inviting you to a place far from the city center, do yourself a favor and decline any such invitation.

Is Bucharest safe for women?

If you take all the precautions you’d take in any other major city the answer is Yes! Don’t be surprised if you hear the occasional catcall, that’s considered normal in Bucharest, but those making such noises are usually harmless.

However, if you drive your car or take a taxi even late and night, you’re going to be OK! Local women do that all the time and it’s generally safe.

There have been reports of spiked drinks used to drug women in Bucharest clubs and bars, so make sure you keep an eye on your glass and you don’t accept drinks from strangers!

Is Bucharest safe for kids?

You probably won’t have to worry about the safety of your children, no matter what school they might attend. Also, play areas in parks are considered safe, your kids can ride a bike or go skateboarding in the park and you don’t have to watch them like a hawk.

Overall, Bucharest is a safe city, much safer than other European capitals, both in the Western and Eastern part of the continent. If you don’t engage in risky behavior, nothing bad will happen to you or your loved ones.

Share on FacebookShare on TwitterShare on Linkedin
Tags
Bucharest