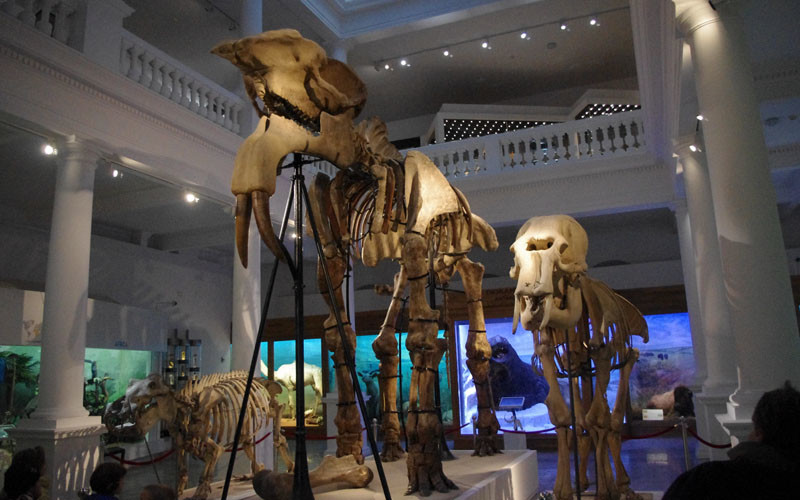 Among the numerous cultural institutions and tourist attractions that are available in Bucharest, the capital city of Romania, the Grigore Antipa National Museum of Natural History stands out as one of the most interesting, modern and eye-catching museums in the city and perhaps in the entire South Eastern European region.

Located in the northern part of Bucharest, a stone’s throw from the culturally diverse city center and a host of other interesting tourist attractions, the Grigore Antipa National Museum of Natural History boasts one of the richest collections of historic artifacts in the country.

The museum has a rich history being founded in the early decades of the 19th century, in 1834 to be more precise. The museum started with a substantial donation of exhibits from Alexandru Ghica, the brother of Mihalache Ghica, one of the rulers of Walachia during the 19th century.

The collection included old byzantine and roman coins, an extensive mineral rock collection, numerous fossils as well as mollusks, fish, birds and mammals all beautifully preserved for posterity. The collection also included a number of sculptures and paintings which can still be seen today.

After having its headquarters moved several times throughout Bucharest, the museum settled in its current location on Kiseleff Boulevard. The beautiful historic building which houses the museum is well preserved, boasting several 19th century neo-Classical and Beaux Arts details.

The permanent exhibition has been modernly arranged after a thorough renovation of the entire museum and now showcases some of the most beautiful dioramas of natural life in this part of Europe.

Amongst the ones that truly stand out are: the Black Sea Diorama which showcases the entire fauna of Romania’s only bordering sea; a Carpathian Deer being attacked by wolves in a stunning portrayal of day-to-day life in the Carpathian ecosystem; the monah seal diorama, the only seal known to have existed on the Romanian shores of the Black Sea; an Alpine region diorama boasting all the particularities of the fauna and flora found there; a diorama of the Arctic Waters which includes several species of birds as well as fish, sea lions, seals and polar bears; an Atlantic diorama which boasts the rich wildlife found in the waters of the Atlantic Ocean.

There are several more dioramas as well as a host of other artifacts which include fossils as well as complete skeletal remains of whales and dinosaurs. The museum is a great way to spend an afternoon in one of Bucharest most beautiful areas while also learning a lot about the natural history of Romania.