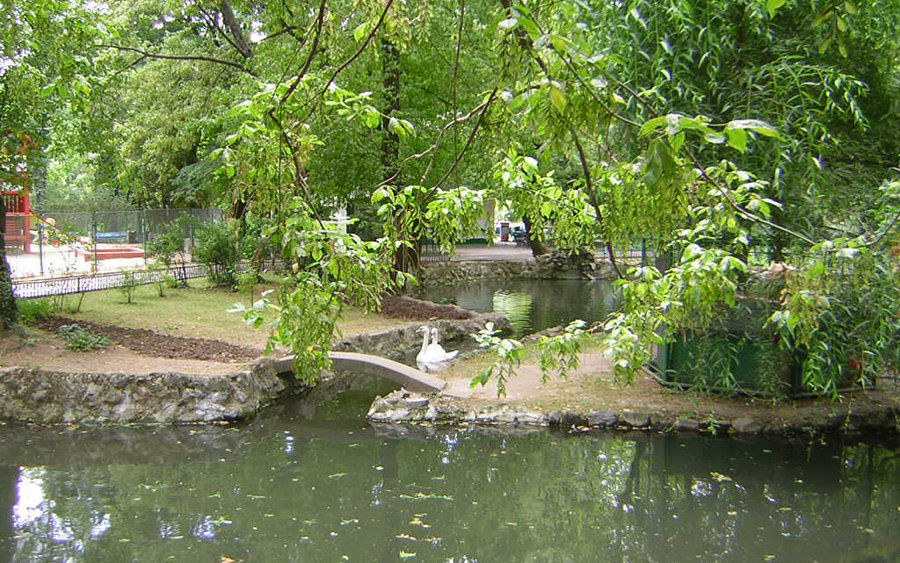 Cismigiu Park is located in the heart of Bucharest and it is the oldest public garden in the city. It is the place where both locals and tourists love to spend peaceful and relaxing afternoons surrounded by wonderful greenery while admiring the wonderful blue lake.

The Park enjoys a great positioning, right in the center of Romania’s Capital. Cismigiu has a surface of about 15,59 ha and it is located between Regina Elisabeta Street, Schitu Magureanu Street and Stirbei Voda Street. In the south-west part of the garden there is the National College Gheorghe Lazar – the reason why the park is mostly visited by teenagers who make its alley vibrate of laughter and vitality.

Cismigiu Garden is included on the list of Bucharest’s Historical Monuments. Among its highlights we should mention its beautiful greenery. The Park is designed in the style of the British Parks with diverse vegetation and a richly colorful selection of flowers that offer a charming and refreshing ambiance. Cismigiu is also famous for its collection of trees like plane trees, Liriodendron, magnolias, hazelnut trees, pear trees and decorative apple trees, meant to protect the public from the summer heat and the city dust.

In Cismigiu Park there are specially designed relaxation areas. These isolated corners are very peaceful and comfortable offer wooden benches for pleasant getaways. There are also numerous walking areas with ample alleys which direct their visitors towards very interesting park attractions.

Some of the most remarkable park attractions are the garden of roses which is made out of walls and stone columns and wooden pergolas with iron chains between them, for displaying numerous species of hanging roses, and the Roman Square which is a circular platform with a diameter of 20 m. From the four entress of the park, you can use the steps to access the lower circular alees with stone bricks, which separates the central square from the beautiful greenery from its sides. The Square’s area is surrounded by plants with a conical shape. During summer in the Fanfare’s Tower there are numerous concerts of both classical and traditional Romanian music.

Cismigiu area is one of the most idyllic places in Bucharest. It is perfect for long walks in the summer or ice-skating in the winter. The corner with bushes and trees that have leaves that can survive even to the coldest winter days is located near the Lazar College and it is a magnificent place to visit all year long. Other interesting attractions are the Chess Players Corner, the Kids Corner next to Lake Cretulescu with small architectural embellishments, bridges and railings, as well as the Eminescu Spring nearby the slope from Stirbei Voda Street.

Some of the couples that found love here have named it “Little Venice”. Its charming waterways, the rich and colorful greenery and the relaxing ambiance are the things that fascinate visitors and that have turned Cismigiu Park into a unique place among Bucharest’s best tourist attractions.

Share on FacebookShare on TwitterShare on Linkedin
Tags
Park