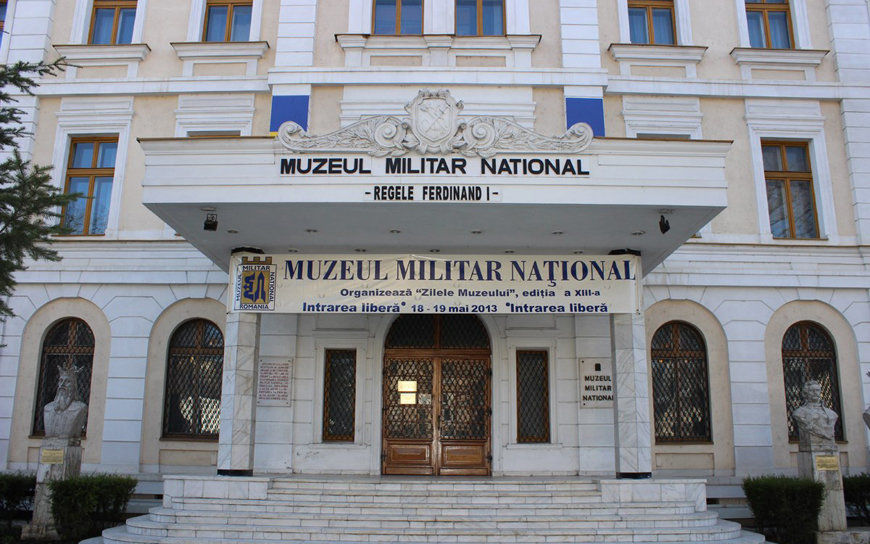 The National Military Museum King Ferdinand I is one of the largest historical institution from Romania. The museum has a surface of 22,150 square meters, being one of the most important and visited cultural attractions in the country. The exhibition area is composed of buildings with a total number of nine floors and an exterior park dedicated to military technique where there are displayed artillery items, armors and vehicles.

The National Military Museum includes 7 pavilions organized into: Pavilion A for ancient, medieval, modern and contemporary military history and Lapidarium; Pavilion B for the collections of uniforms, armaments and the exhibition hall; Pavilion C for the library, the restoration laboratory, deposits and workshops; Pavilion D for the administration of the National Military Museum; Pavilion C1 for the aviation section; Pavilion F for the collection of carts and carriages; and the Pavilion for artillery, tanks and vehicles.

The Romanian Military Museum’s Campus includes 1.280.000 items, organized into: 27 collections with fire arms, Romanian uniforms, uniforms of foreign orders, medals, plaques, badges, coins, archeology, flags, religious objects, artillery and gunners endowment; 22 documentary collections with heritage clichés, current books, periodicals, original photographs, letters and manuscripts, prints, drawings, old books, fund “The Heroes Cult “. Out of these collections, a small part is exhibited along with the permanent exhibitions, the other part being displayed to the public within the temporary expositions organized inside the museum or in collaboration with other museums in the country or abroad.

Some of the most extraordinary and rarest objects included in the National Military Museum’s patrimony are: the orders’ necklaces of Carol I, the Religious Service, the Ruling House and Romania’s Star. The orders of Mihai Viteazu, Philip the Noble (Hessa-Darmstadt), Pius IX (Vatican), Cristos (Portugalia), Leopold (Belgia), The Lion and the Sun( Persia), Spade (Sweden / Norway), Baii (England), the Legion of Honor (France), Crown of Italy, Maurice and Lazarus (Italy), Phoenix (Greece), Knight of the Iron Cross (Germany) and many others.

The collection of flags includes numerous valuable pieces, some of which we should mention the royal flag of Constantin Ipsilanti, flags and banners of military units from 1830 to date, royal pavilions and foreign flags.

The Romanian Military Museum King Ferdinand I plays a very important role in knowing the historical traditions of the Romanian army. Founded in 1923 by a decree signed by King Ferdinand, this institution enjoyed over the years both the attention of the Royal House, which made numerous donations, as well as the support of some very important personalities like Radu Rosetti, Alexandru Tzigara-Samurcas, Vasile Parvan and Nicolae Iorga.

The valuable patrimony of the Museum is mostly represented by objects related to the military field, but it offers such a diverse and important cultural experience.  A visit to the National Military Museum equals a voyage in time and space, a chance to discover and admire the way in which there are recreated different historical eras.

Share on FacebookShare on TwitterShare on Linkedin
Tags
Museum