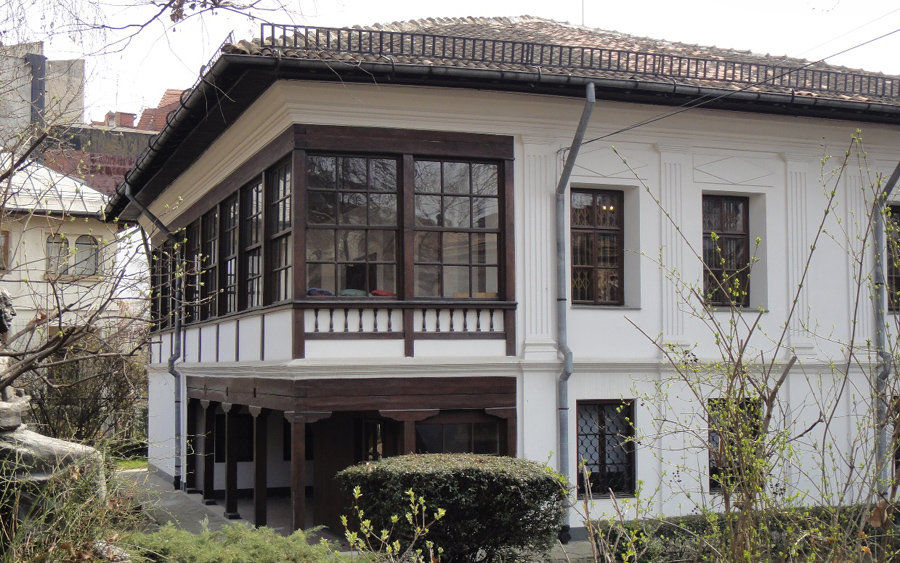 The Museum Theodor Pallady, hosted by House Melik, is one of the oldest buildings in Bucharest, which hides behind its walls a rich and troubled history. Even though it was abandoned in 1857 and damaged by a fire in 1913, it still impresses its visitors with an amazing architecture and unique charm.

Among the narrow streets and the rich architectural stories next to the Armeneasca, on Spatarului Street no.22, in a lush garden with yellow, white and red flowers there is hidden a discrete and graceful old house that is recognized by many specialists as one of the oldest constructions in Romania’s Capital.

As opposed to many other historical monuments in Bucharest, House Melik has been renovated, once in 1970 and most recently in 2009. Still, the building preserves the distinctive style of the traditional Romanian architecture through details such as the upstairs porch closed with window glass, the wooden interior staircase and the wide eaves roof.

Built in the second half of the XVIII century, the house probably belonged to an important personality from the Romanian Country, and after his death the property was bought by Kevork Nazaretoglu, a rich Armenian merchant. He decided to renovate the house in 1822, by making small changes at its interior, but keeping the main walls untouched. His granddaughter married Jacob Melik who has studied architecture in Paris. When they decided to move into the house, this was in ruins. He decided to fix it and restore its original style.

Currently, the Museum Theodor Pallady includes the collection of the couple Serafina and Gheorghe Raut, which features a few canvases signed by Theodor Pallady, as well as an important selection of over 800 drawings and engravings of the famous Romanian painters, works that are representative for his Parisian period. These are exhibited periodically in thematic series.

Along Pallady’s works, the collection of the Raut couple includes European painting from the XVI-XIX centuries( French works signed by Lubin Baugin, Edmond Aman Jean, Carolus Duran; Dutch by Jan van de Cappelle; English, Spanish and Romanian), ancient Greco-Roman sculptures, Egyptian, Indian, but also French and Italian Renaissance sculptures, textiles, furniture pieces, oriental ceramics and other decorative art objects. Through its diversity, the collection completes the perspective on the Romanian and European art history from the end of the XIX century and the beginning of the XX century.

Many people walk daily in front of it. Most do not even notice its beauty, preoccupied only by their city routine. Others just take a quick look at its majestic outside. House Melik is one of the oldest buildings in Bucharest and it still keeps its original architecture. The house with such an exotic name- Melik- is the location of the Theodor Pallady Museum, a place really valuable that few have the chance of exploring. Right from the entrance, the house invites anyone to admire its wonderful and unique exhibits. The house’s architecture, its richly artful interior, the valuable paintings, the refined furnishing and the decorative objects manage to impress. There is no need for a guide if you know how to savor art peacefully, listen to the house’s interior pulse and absorb its historical significance.

Share on FacebookShare on TwitterShare on Linkedin
Tags
Museum