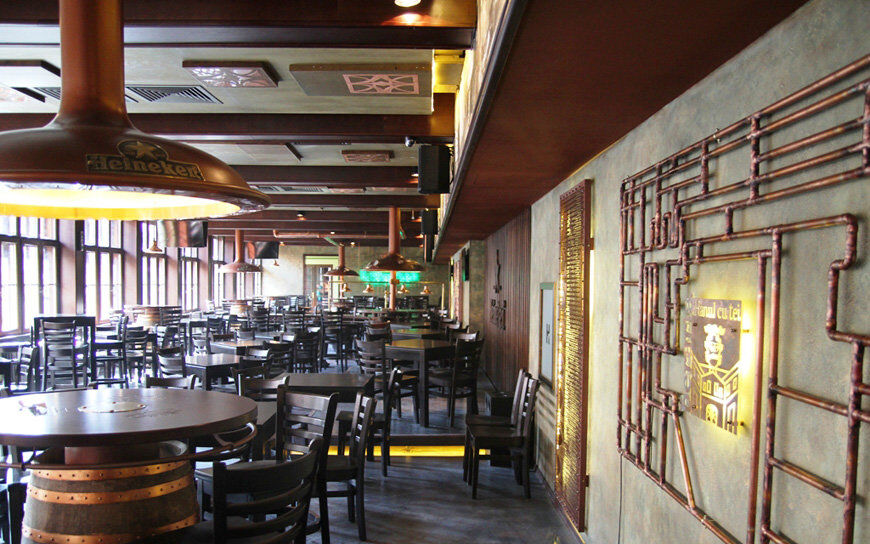 The Linden Tree Inn is one of the few historical inns from Bucharest’s center that are still in their initial condition. Due to its unique architecture and vintage atmosphere that revive the charm of old Bucharest, a visit within its walls equals a wonderful walk back in time, to be more specific, in the ‘30s when culture, music and good food blended in the most refined possible way. This is one of the most intriguing and interesting tourist attractions in the Capital. Its historical and architectural value is outmatched only by its fame and beauty.

The building was constructed in 1833 by Anastasie Hagi, Gheorghe Polizu and Stefan Popovici on Lipscani street. When it was first opened, it was known as the Inn from the great street of the Marchitans. It is the only historical Inn from Bucharest that has conserved its initial architecture intact. At the entrance from Blanari Street you can still see the mark of its first owners: “A.P.” and “S.P.”.

Each owner had 14 shops, located in the upper side of the vaulted cellars. Only the sidewalk and the guard’s room were considered common space. Some of the most famous merchants of that time lived in this inn, among who we mention Constantin Anastasiu, the founder of the shop “The Sea Eagle with the Fish in its Claws”, a building that still stands, but which has been turned into a bank, near the “Cocor” shopping center.

Today, the former inn is a place where there are hosted various art galleries, and in the cellars a bar was opened. Its iron gates with rich retro ornaments offer access both from the Lipscani street and from Blanari street. Also, the glass façade of the inn is created in the typical style of the old Romanian Land.

Among the Gabroveni Inn, Manuc Inn, the Old Coffee Shop and the Princely Palace, the “Linden Tree Inn” is one of the most significant buildings for the old Romanian architecture and also one of the few places that preserves a special ambiance, defining for the ‘30s. Nowadays, the “Linden Tree Inn” hosts one of the biggest art galleries in Romania. Here you can find vintage art like furniture, paneling, tapestries and rugs, paintings, photos, albums, old documents, watches, cameras and gramophones, coins, medals and icons. The art gallery includes several salons: Louis XV salon, Louise-Philippe salon, Rococo salon and Louis XVI salon. The inn’s Spanish style interior courtyard has a rectangular shape and it can be accessed from two separate vaulted entrances that are locked during the night by two heavy iron gates.

Due to its important cultural significance, the “Linden Three Inn” is considered an architectural ensemble and it is included in the list of Bucharest’s Historical Monuments 2010. Also, the “Linden Tree Inn” has its own street with identical name which is located in the Capital’s historical center, in Sector 3. The street “Linden Tree Inn” measures a length of 75 meters and can be found between the well-known streets Lipscani and Blanari.

For a trip back in time don’t hesitate to visit the “Linden Tree Inn” a place with a rich historical importance that repays its visitors with a fine selection of vintage art. Its beauty, charm and cultural value are the things that turn it into a must see tourist attractions.

Maroon 5 in Coming to Bucharest 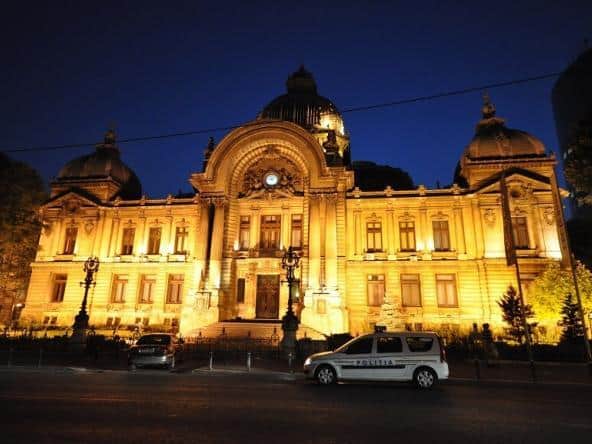