If you’re thinking about relocating to Bucharest, Romania and don’t know what to expect, here’s a quick guide to the cost of living in this city.

Overall, Bucharest is definitely cheaper than Western European or US cities, but more expensive than living in other parts of the world. It’s somewhere in between, if you want.

One interesting fact about living in the Romanian capital is that while housing is cheaper than in other major European cities, you will find that food and clothing are on par with Western prices, sometimes even higher for luxury goods.

Cost of renting in Bucharest

If you need temporary accommodations in Bucharest, the rent will vary according to location and whether or not the apartment is fully furnished.

A one-bedroom apartment in the city center is around $490 on average and can go down to $330 if you move away from downtown.

If you’re moving with your whole family, a 3-bedroom apartment downtown is about $870, while one further from the city center will cost $470 on average.

Keep in mind there’s a big difference between old buildings, dating from the communist era, that don’t look that great, and modern ones with elegant marble lobbies and private parking.

Cost of buying a house in Bucharest

Once again prices vary widely. If you want to buy a house in downtown Bucharest, the price per square meter is around $2,190, while outside of the city centre it’s around $1,340 per square meter.

You can find modern residential buildings downtown, but however most the smart residential projects are on the outskirts of the city, most of them in the Northern part. A bit inconvenient in terms of a daily commute, but otherwise these projects are often at Western standards.

Cost of Utilities in Bucharest

That depends on where you live. The average cost of utilities for a three-bedroom apartment in normal block of flats is around $100 a month, and that includes water, electricity, heating and garbage. Keep in mind cost are lower over the summer months, but can go over $100 during winter, when you need to pay for central heating.

However, if you choose to live in a residential complex, the cost of utilities can be as high as $400, as there are many extras to pay for like security and parking.

The monthly cost of Internet in the Romanian capital is $9.72, with a 300 Mbps speed and unlimited data.

Cost of Transportation in Bucharest

Public transport in Bucharest is cheap when compared to other European capitals. As of August 2020, the cost of a bus or tube ride is $0.34 cents. The public transport system is not the best in the world. If you want to get around in the central part of the city, it’s OK, but not your best choice if you need to get across town.

A cab ride is $0.48 per kilometer, and you do have both regular taxis and ride-sharing services like Uber.

Most expats living in Bucharest would rather use their own car, in which case you need to know that the price of gasoline is $1.28 per liter.

If you’re thinking about purchasing a new car locally, don’t expect any bargains. A new Volkswagen Golf or something similar will cost you over $20,000, while a Toyota Corolla Sedan is around $22,500. Also, finding parking space in the downtown area can be a bit of a challenge.

Cost of Food in Bucharest

Most food stores in Bucharest carry plenty of local produce, as well as a wide choice of imported foods from Western European countries. How much you spend on food depends on how large is your family and your preferences.

Let’s have a look at some basic items.

One kilogram (two pounds) of chicken fillets is $5.28, while for one kilogram of beef round you will have to pay $8.20.

Keep in mind these are average prices and you will have to pay a lot more when shopping at gourmet stores. Imported liquors cost roughly as much as in Western Europe.

Cost of Eating Out in Bucharest

This also depends on where you’re eating. To give you an idea, let’s take fast-food places. A normal meal at McDonalds is $4.85.

A one person meal in an inexpensive restaurant is $8.40, while the cost for a three-course meal for two people in a mid-range restaurant is roughly $36.

The price of a regular cappuccino is $2.37

There are however some exclusive places in Bucharest where you can spend hundreds or even thousands of dollars in one night.

Cost of Sports and Leisure in Bucharest

As of August 2020, there is not much entertainment in Bucharest because of the pandemic, but in normal times the cost of one cinema ticket is around $7.2.

Membership at a gym is $47 for one adult per month, whereas renting a tennis court for one hour over the weekend is $16.

Cost of Childcare in Bucharest

If you’re planning on bringing your kids to Bucharest, there are many private kindergartens to choose from. The average cost is around $400 per month for a full-day program, but the conditions are in most cases at high standards and many have English-speaking staff.

For older children, there are some private schools where teaching activities are conducted in English. The costs are $9,000 per year and above.

According to Numbeo.com, a four-person family living would need around $1,940 per month to live comfortably in Bucharest, and that’s excluding rent, childcare, or car expenses. A single person can get by on around $550 and even afford a couple of nights out, but not much else. 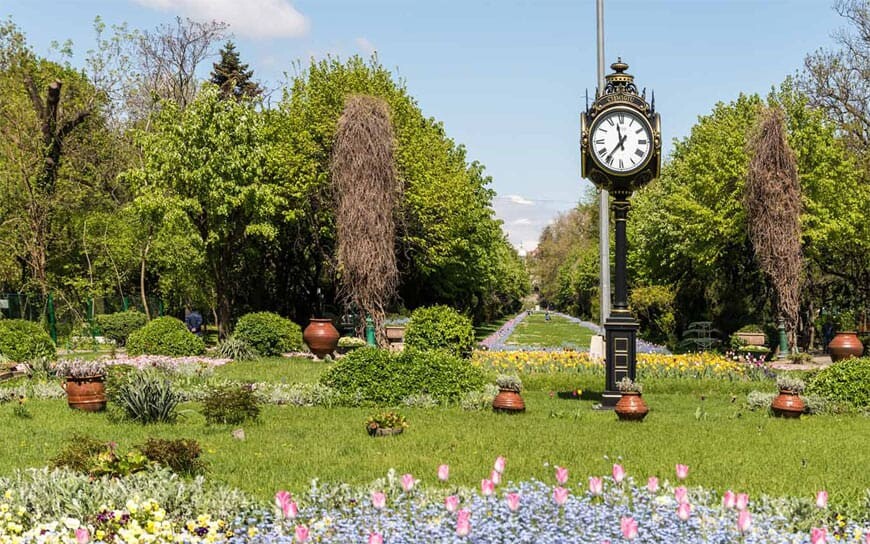 If you ask Bucharest residents about their favorite hangout, many will direct you towards the...
Continue reading
by Alex