Right in the center of the city you will find the Victoriei Square, a place which hides numerous cultural, historical and very beautiful treasures. The Victoriei Square is connected with other important areas of the city, which makes it a place of interest for the tourists and also for the locals who still want to let themselves be amazed by the buildings’ architecture and history.

The museums next to Victoriei Square are some of the Bucharest’s main attractions. One of the most important museums of Romania, founded in 1834, is “Grigore Antipa” Museum of Natural History. Some of the exhibits you will find there have been donated hundreds of years ago by important people of this country and throughout many centuries have been admired by tourists from all over the world. There are also artificial caves, skeletons and 3D films. The permanent exhibitions consist of natural sceneries from Romania, such as the Danube’s Delta, the alpine bioregion and the forest-steppe, while the temporary exhibitions are diverse, informative and enjoyed by all, including children. The museum also organizes educational programs and events about interesting subjects, such as robotics, the chemistry between art, science and psychology and chess marathons.

Another place you have to visit is the Cantacuzino Palace which is part of the European Heritage since 2007. It hosts paintings and sculptures of great value and the Belle-Epoque atmosphere,which still can be felt by the guests who want to go back in time, remained a defining element of the palace. Behind the main building you will find The National Museum “George Enescu”, 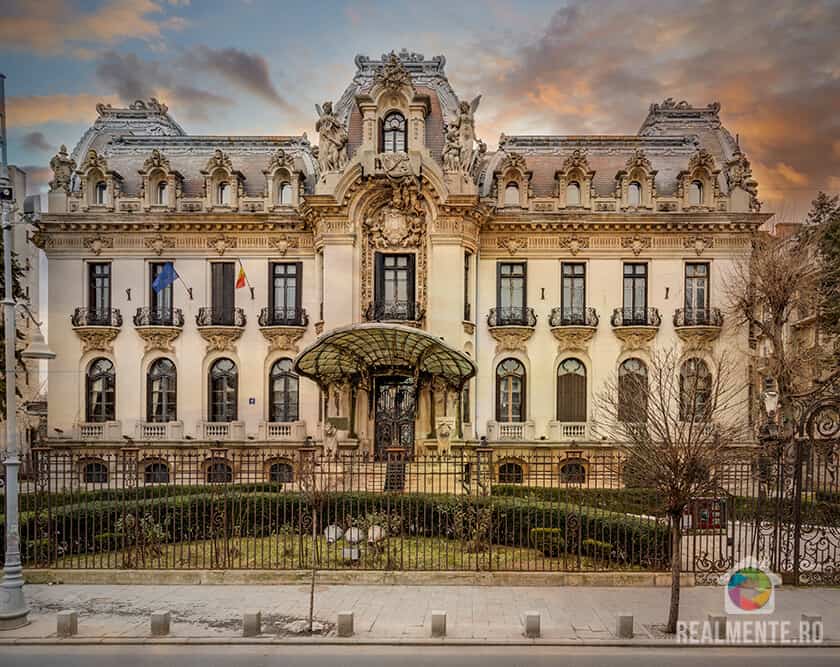 a place which is a tribute to the artist but also to the Romanian music and art. The exhibition of the museum holds photographs, manuscripts, furniture, decorative art, personal objects and other valuable pieces of the artist.
The Romanian Peasant Museum is a national museum, dedicated to history and the people who were part of it. It is part of the European family of Museums of Popular Art and Traditions and it presents numerous exhibits which belonged to Romanian ancestors.
Near Victoriei Square you can also find the Filipescu-Cesianu House, which holds an important cultural and historical value. The building hosts the Museum of Ages whose exhibition explores the human evolution from multiple perspectives, their history and relationships. Another memorial house which can be visited is the house of Henri Coandă, the Romanian aviation pioneer, physicist, inventor of the jet engine. The house is a great example of the French neo-Renaissance Romantic Architecture.

At first glance, the Victoriei Square might seem too crowded and not thoughtfully organized from an architectural point of view because the buildings are very different and of various colors and styles, but you can always find interesting places to explore.